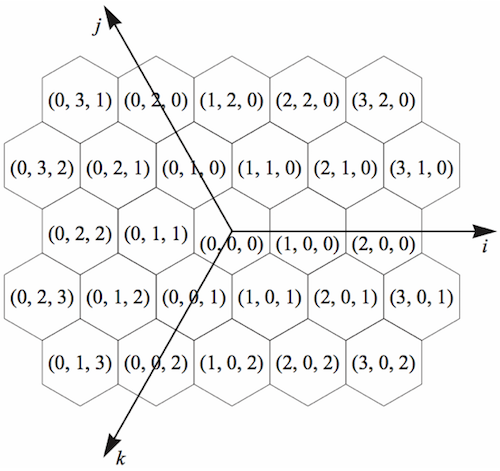 Each grid resolution is rotated ~19.1° relative to the next coarser resolution. The rotation alternates between counterclockwise and clockwise at each successive resolution, so that each resolution will have one of two possible orientations: Class II or Class III (using a terminology coined by R. Buckminster Fuller). The base cells, which make up resolution 0, are Class II.

Algorithms working with hexagons may want to refer to grid coordinates that are not interrupted by base cells or faces. These coordinates have 2 coordinate axes spaced 120° apart, with the coordinates anchored by an origin H3 index.